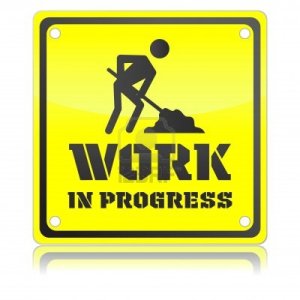 It’s a miracle. I read a book from start to finish within two weeks. And it wasn’t written for 14-year-olds. Or three-year-olds – I can read like five of those in two weeks, maybe even six if there aren’t too many words. It was an incredibly interesting book written for educators, psychologists, social workers and neurotic, type-A parents who are obsessed with doing a perfect job raising their kids. The book is Paul Tough’s How Children Succeed: Grit, Curiosity and the Hidden Power of Character. In it, Tough argues that developing character traits such as grit, self-control, zest and optimism in children is more impactful on future success and happiness than IQ. At the beginning of the book, I thought, “Great! For $9.45, Paul Tough will show me what to teach my kids so they can be happy and successful forever.” By the end, I realized,“S-it, I suck at grit, self-control, zest and optimism. My kids are screwed.”

Two of Tough’s highlighted character traits, grit and optimism, really stood out to me as critical drivers of success and happiness.  There are so many great success stories that involve people believing they could accomplish/create big things, and pushing forward through failure to make it happen. Abraham Lincoln did it. Oprah Winfrey did it. Martin Luther King Jr. did it. Heck, I bet the genius who invented the Snuggie is the personification of grit and optimism.  How could you not be when you’re trying to convince people that an ugly backwards bathrobe would become a phenomenon of epic proportions? While I see these two character traits as extremely valuable qualities that I hope to help develop in my kids, I am all too aware that these are two areas in which I am sorely deficient. I am no inventor of the Snuggie.

I am the person who dropped AP Biology senior year of high school because I got a “D” on the first test. I’m the girl who, after singing in choirs and performing in plays and musical theater all through high school, abandoned the passion the minute I was rejected from a choir freshman year of college. (I know, NEEEERRRRRDDDD!) My brain defaults to enumerating the reasons why something is not a good idea instead of envisioning how it could be great.  Sure, there are exceptions in my life where I’ve set goals and worked hard for things – getting into grad school, having a family – but the majority of the time, if something doesn’t come easily to me I tend to run.

In realizing that my own character can use some work, I realized that, as parents, we might not always want our children to be reflections of ourselves. So what happens when we are not the perfect role models and want to instill in our children qualities we fail to fully embody as adults? How do you teach something you have yet to learn yourself? Do you hope that someone else close to your child – your spouse, an aunt, a grandparent – will fill in the gaps in your performance as a role model? Do you share with them stories of people who have mastered the things you value but are lacking? Should you articulate your disappointment in not having achieved certain things or embodied certain traits and hope that they will learn from your regret?

I don’t know the answer. What I do know is that raising kids involves facing a lot of stuff you just don’t know and need to figure out. It’s not all as heavy as molding your child’s character and psyche. But whether it’s bathing a 7 lb. baby for the first time in your life or teaching the importance of grit and optimism, we parents get pretty good at figuring things out as we go.  Since I truly believe that helping kids build character is one of the most important things a parent can do, I am going to have to figure out how to do it as I go.

As I stumble my way through helping them grow into happy and successful adults, there is one lesson that I will, no doubt, impart.  I will share with them the journey of my own attempts at character improvement, admitting what I’d like to change and talking to them about how I am working to grow and evolve.  It’s just as impossible to be the perfect role model as it is to create the perfect kid.  So in addition to trying to bestow good qualities upon them, we should also teach our kids that we are always works in progress.  After all, what better example of grit and optimism can you provide than not giving up on yourself?